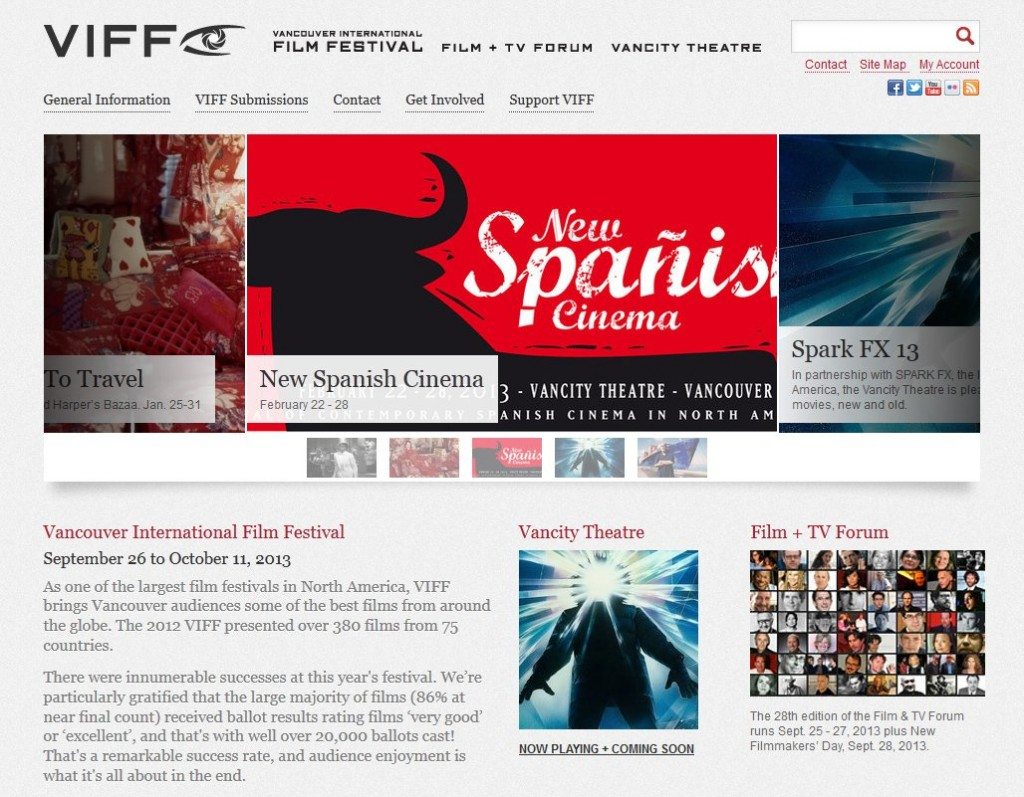 As the website manager for the Vancouver International Film Festival (VIFF), I led the project for the re-design of the festival’s website.

The goals of the project were:

The project was done in an extremely compressed time frame (8 weeks), for a scope that would normally be done over several months, due to the requirement to get in done in time for the 2012 Festival (site launch by mid-August 2012).

My project responsibilities were: